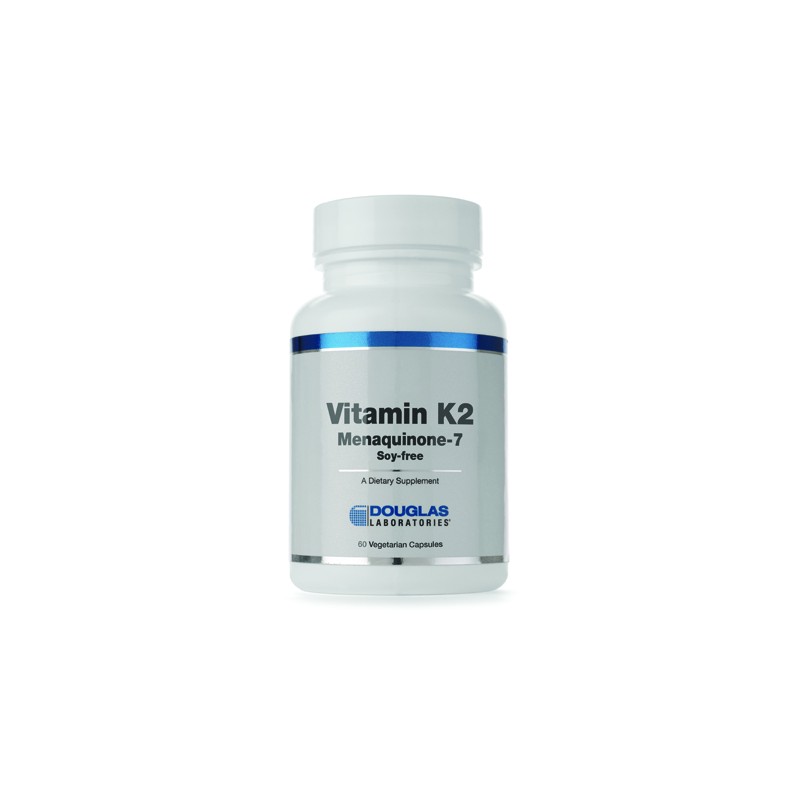 Vitamin K2 supplies a significant amount of biologically active vitamin K2 in the form of soy-free menaquinone-7 (MK-7). Vitamin K2 (as MK-7) supports bone and cardiovascular health, and is more bioactive than vitamin K1 and other menaquinones.†

Vitamin K2 supplies a significant amount of biologically active vitamin K in the form of menaquinone-7 (MK-7). Beyond blood clotting, the role of vitamin K in osteoporosis is related to calcium utilization. Scientific studies have revealed that vitamin K is required for the carboxylation of osteocalcin, a protein secreted by osteoblasts that regulates calcification and bone mineral maturation. Thus, vitamin K plays a crucial role in building and maintaining strong bones.

Vitamin K2 (as MK-7) is more bioactive and has proven more effective than vitamin K1 and other menaquinones. MK-7 showed eight times the half-life of vitamin K1 in a 24-hour serum concentration. Therefore, MK-7 can be administered in low dosages only once a day, typically 1/1000 of a MK-4 dose. Furthermore, the study showed better utilization and improved osteocalcin carboxylation for MK-7 after 6 weeks. Numerous studies reveal long-chain menaquinones, such as MK-7, are more effective in supporting arterial health than vitamin K1 menaquinones.

Douglas Labs' Vitamin K2 (as MK-7) is derived from geraniol and farnesol. Geraniol is the primary part of rose, palmarosa and citronella oils. Farnesol is also present in many essential oils such as citronella, lemon grass, rose and musk. This natural form of MK-7 has been extensively tested for molecular identity and bioequivalence when compared to MK-7 from fermented soybeans (natto). It is the all-trans form, thus providing a significantly higher purity of the only biologically active form. This product is soy free. 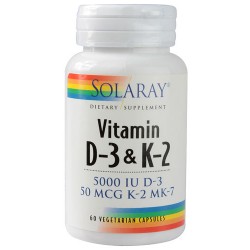